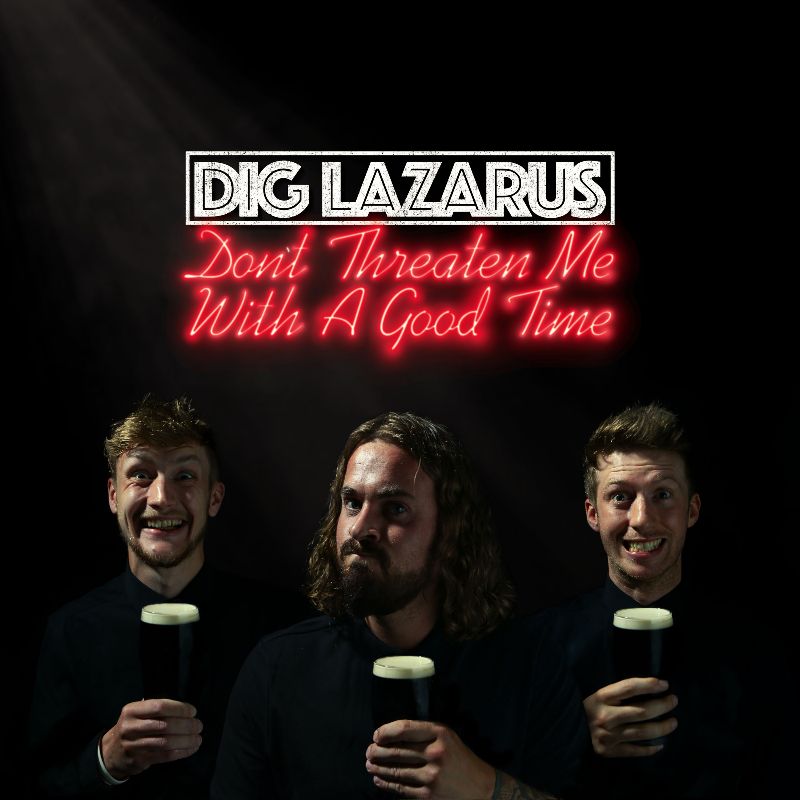 Nuneaton alt-rock trio Dig Lazarus share with us their new single ‘Sky Tonight’, out now on all streaming platforms.

The track tells the story of a relationship that is coming to an end – one person is trying their best to keep it alive when the other has already given up. It features on their forthcoming debut album ‘Don’t Threaten Me With A Good Time’ which will be released this Friday 15th October 2021.

Produced by Dave Draper (The Wildhearts, Terrovision), ‘DTMWAGT’ is the culmination of nearly 10 years of Dig Lazarus playing and writing music together, and features songs from across this entire period — (‘Dexter’ was probably the first song the boys ever wrote, whilst still fresh-faced college students). With the tone set from the get-go by opening track ‘Sermon’ (featuring Jesse Hughes from the Eagles of Death Metal) to album closer ‘Time Froze”, an all-out head-banger (featuring Ally Dickaty from The Virginmarys), ‘DTMWAGT’ encapsulates an abundance of catchy rock songs, interspersed with lip-curling riffs and palm-sweat-inducing drum beats underpinned by lyrics musing on change, loss, and self discovery.

The album captures the journey of teenage wannabes finding their voice through balls-out rock n’ roll, and jumping off high-kicking into the future at 140bpm.

The guys are currently touring the UK with one of Britain’s finest rock acts of recent times, The Virginmarys! Remaining dates listed below.

Fancy a chat with Dig Lazarus? Please send all interview requests to josie@rockpeoplemanagement.com

Your feedback is also welcomed!
Many thanks,